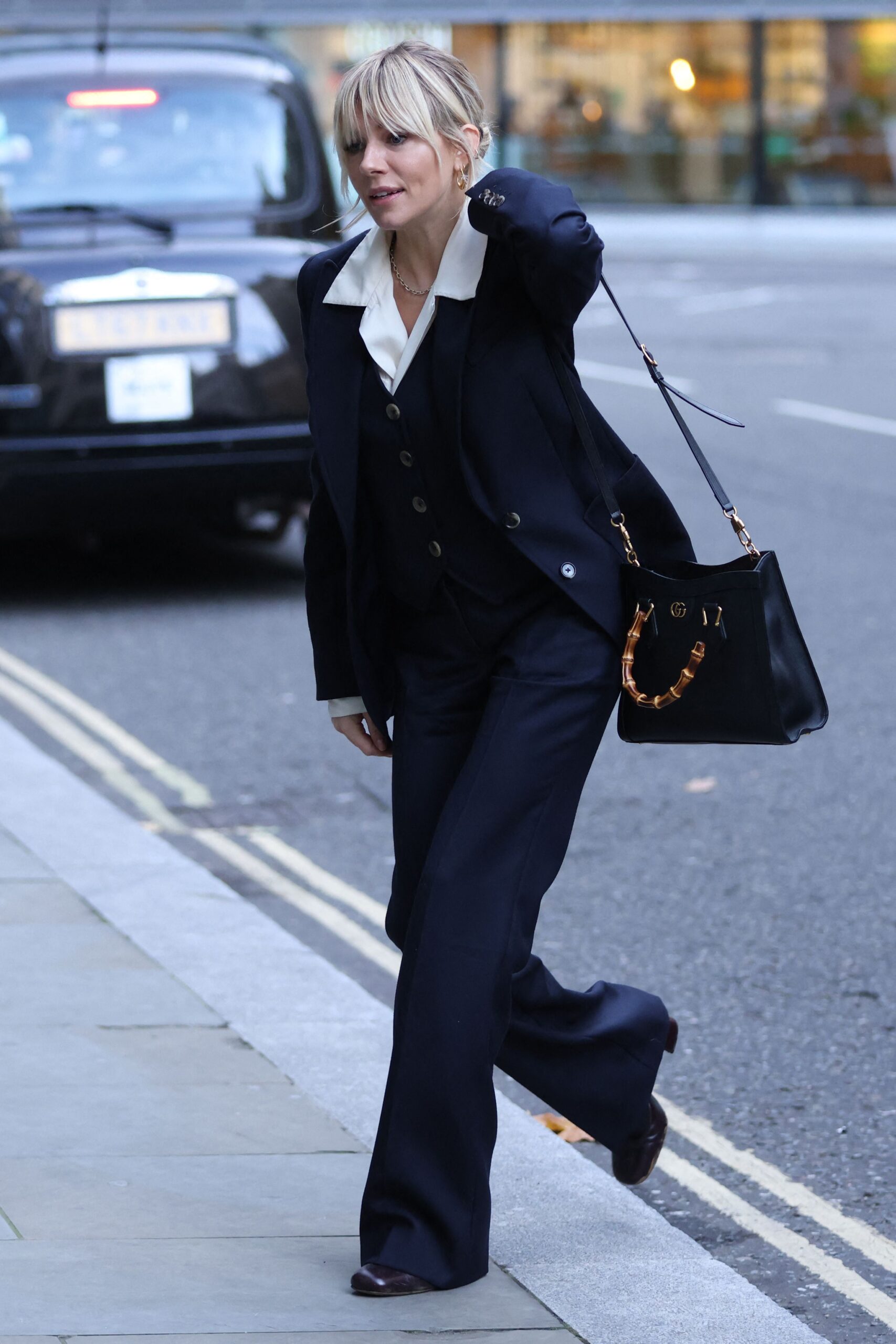 The entertainer was shot in London wearing a tuxedo—including a square-shaped coat, petticoat and erupted pants—by Bella Freud, a planner who takes motivation from the unique ’70s, a characteristic fit for Miller is as well.

Sienna wearing a stitch petticoat at Glastonbury in 2010. Danny Martindale

The outline wasn’t unlike the sort Françoise Hardy and her kind supported all through the time. Sienna wore the single-breasted coat – which, as per the item depiction, is roused by the “saucy class of the Mayfair Spiv” – with Freud’s secured Chrissie petticoat (“Mayfair strut meets Chrissie Hynde”). The matching naval force pants, produced using British Cavalry twill fleece, and Sienna’s obeyed Dear Frances lower leg boots, simply added to the nostalgic allure.

Sienna proceeded with the British subject with her picked adornments. The entertainer showed up at London’s High Court (where she settled a case against News Group Newspapers), with a Gucci Diana sack on her arm. Gucci’s innovative chief Alessandro Michele honoured the late Princess Diana—who was a steadfast devotee of its bamboo handle carry—and rereleased a refreshed adaptation of the sack recently.

Sienna recently fled for the Italian brand at the Mothers2Mothers Gala she went to on 1 December: she wore a dusty-pink suit decorated with feather manages, a tulle Gucci bra, strappy shoes and a container grasp.

Be it boho or business-meets-delight, Sienna can do both.