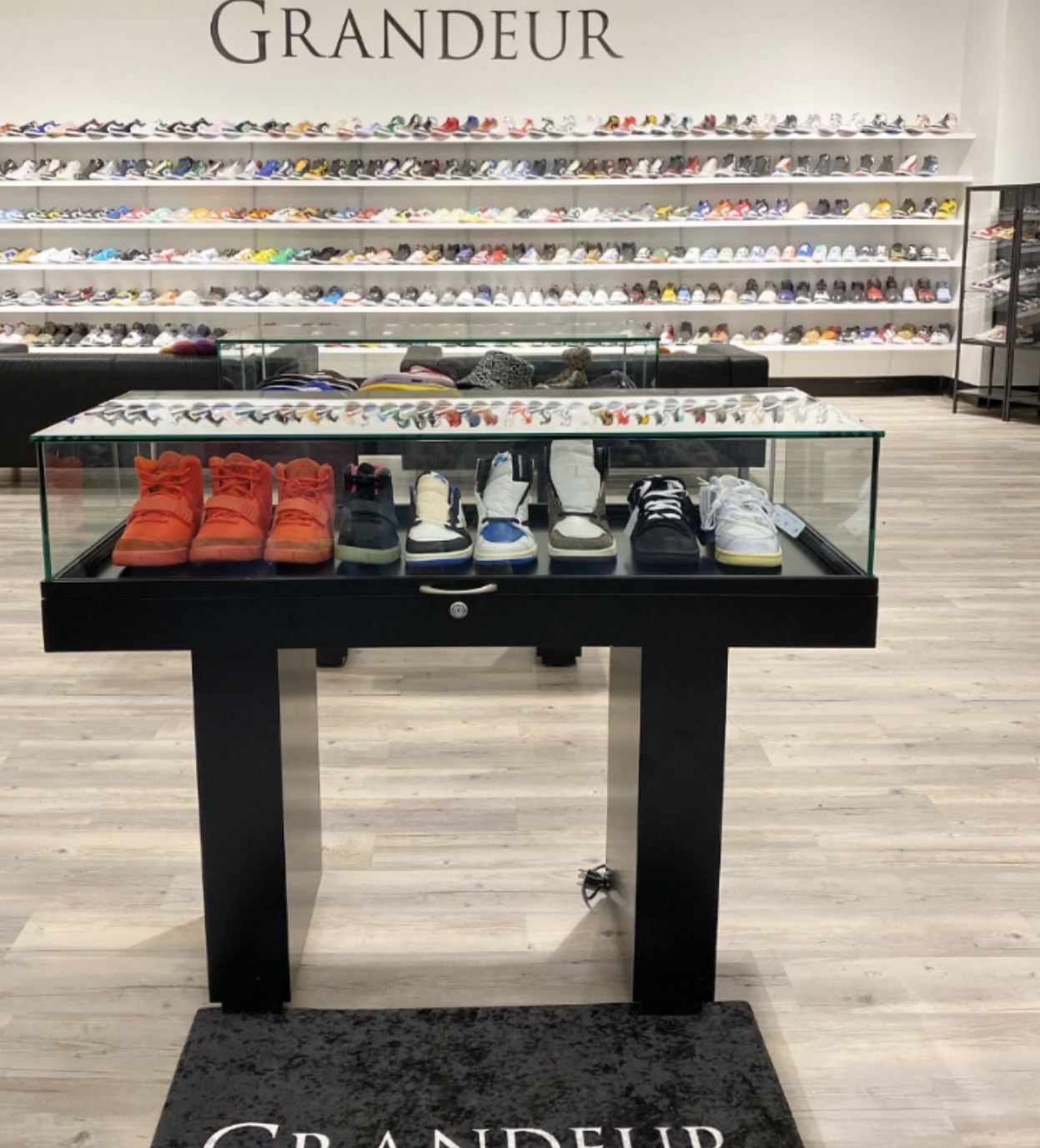 The streetwear market is a dizzying wave pool that churns out new talent every solar rotation, routinely changing shape as quickly as it changes its style. The sneaker enclave, by extension, matches the unpredictability of street fashion by naming a new supreme every so often that defines an era. Similar to the sea debris washed up by tidal waves, we never know where the market is going or how it will evolve. One thing is for certain, though. It’s not just about sneakers anymore, and Gautam Malik, the founder of Kickz Malik, is building a renaissance in sneaker resell markets that prioritizes community and homegrown sustainability.

​Born and raised in McLean, Virginia and the surrounding area, young Malik spent much of his youth running the avenues of nearby Tysons Corner Center, a legendary shopping mall that has been serving the Washington, D.C. metro area since 1968. Malik displayed a promising prowess in entrepreneurial strategy at a young age, installing a gumball machine in 2009 at just 11 years old. Using the money he collected from the dispenser, Malik invested in his first purchase of enduring value. It was the first thing he bought himself that meant something, and it would carry him much further than the average shelf life. The Foamposites by Nike Air were an iconic staple in streetwear at the time of their release and made waves in the industry that seemed to reach every coastline. Perhaps it was their simple albeit striking one-piece frame, or the fact that its shape became synonymous with basketball courts of all skill levels. Malik wore his Foamposites for 6 straight months upon purchase, only taking them off when totally necessary. For young Malik, the Foamposites represented financial autonomy and the privilege of owning something of personal value. But, of course, that didn’t stop him from trading the kicks with a fellow sneakerhead on Facebook when requested. As they say, hype is as good as time.​

Before long, Malik found himself in the center of a saturated demographic of dedicated sneaker hobbyists. The trade over Facebook sparked a fascination with the seemingly limitless opportunities that existed within resell markets, but Malik saw something more on the horizon. Throughout middle school, Malik operated an ebay account known as the “Sneaker Highway”, and over the years the page reaped a generous harvest that was enough to secure some sort of celebration between like-minded enthusiasts. It’s worth noting that the sneaker community is not just a network of shoe consumers. Sneakers, specifically, hold court over the artistry and sparkle of pop culture within footwear, generally speaking to a much younger demographic that consumes current trends like cake. The sneaker market allows for ample room in creativity, and its followers are equally fascinated by the amount of self-expression involved on both ends of the spectrum. The fandom is so successful, in fact, that Sneaker Con takes place across the nation every year, hosting such an event that draws collectors and spectators alike from around the world. In Virginia, however, young Malik was thinking in provincial terms.

​Using the money he generated from “Sneaker Highway”, Malik organized a homespun festival of his own, appropriately known as KickzFest.

The event sought to harmonize the region’s sneaker community and celebrate the diversity of its members, and ended up becoming a great success thanks in large part to Malik’s influence at school, where classmates and friends saw him as the authority in streetwear cadence. The first KickzFest was held at the University of Maryland, where today Malik is working towards a degree in business and marketing. The function spoke volumes of where Malik was holding his compass, looking for support from his own community rather than trying to outsource from other corners of the country. Malik’s story unfolds with ease, illustrating self-made success that starts at home. In the sneaker communities, loyalty is everything, and  became a key component of Malik’s brand as it continued to evolve.

During the early years of his career, Malik constructed his knowledge base from YouTube videos and content creators, the libraries of the generation. He utilized these platforms to understand the nuances of sneaker grading and took this information into account as his interests developed. Malik has stated that he relied heavily on fellow community members to learn from and understand the unique protocols of the industry, mostly viewing the YouTube videos as supplemental to peer support.

The christening of Malik’s self-made sneaker empire finally arrived in May of 2021 in the form of Grandeur, Kickz Malik’s first independent retail space.

A pearly white studio with an impressive sneaker collection, Grandeur also rotates other unique merchandise like NFT pieces and streetwear garments, turning the shop into a full-scale fashion house. Perhaps the most notable feature inside Grandeur is the artwork, commissioned by local artists and treasured by Malik himself. The art gives Grandeur a gallery experience where patrons can visit the store and do more than just browse for a new pair of kicks. It’s not uncommon for guests to spend time solely with the artwork, casually striking conversations with Malik about anything but sneakers. The retail space offers a unique opportunity for local artists who would normally face unreasonable fees and price points inside of a traditional gallery space. It’s notable that Malik made some room for regional creatives to garner more exposure in unconventional corners, but even more notable that it’s inside his childhood mall, at Tysons Corner Center. The same place where Malik purchased his first pair of Foamposites is now where he operates his own creative boutique, pouring his success into the same community that first showed him the possibilities. Grandeur has enjoyed steady growth since their opening, and Malik has already turned his attention to opening a second space sometime in the near future.

Beyond this, it was always Malik’s intention to give something back to his communities, where so much of his development began. As an entrepreneur, Malik is consistently learning and growing along with the business, and in the case of Grandeur, he has taken on the challenge of leading a team of aspiring creatives. Presently, Grandeur employs ten individuals who range from seasoned career professionals to recent college graduates, each one bringing their unique strengths to the operation. Many of Malik’s team members are interested in fashion and streetwear, and Grandeur offers a space for tutelage and generating the necessary experience needed to excel in their own endeavors. Malik is planning to introduce a new program called “Grandeur Cares” which would provide expansive opportunities for young girls and minorities to learn from Kickz Malik through scholarships. And, of course, Malik is looking to work closely with the guidance counselors from his own high school as well as the University of Maryland once this program takes flight.

​It’s easy to become anonymous within hyperactive networks that make a lot of noise, like the sneaker resell markets. Today’s young professionals have to bring something extra to the scene, because it’s not just about shoes anymore. The classic story of self-made success has been told in a variety of tones, but Malik’s situation is the story of where he fits into his community and how he wired his success to spark momentum for the ones who put him there in the first place. Learning from his counterparts and doing something more for his neighbors is what truly separates Kickz Malik from today’s competitors, reminding us that we are, in fact, a product of our environment. It can be a risky business, but as we’ve seen with Kickz Malik, it’s important to know where your support comes from and always land on your feet.