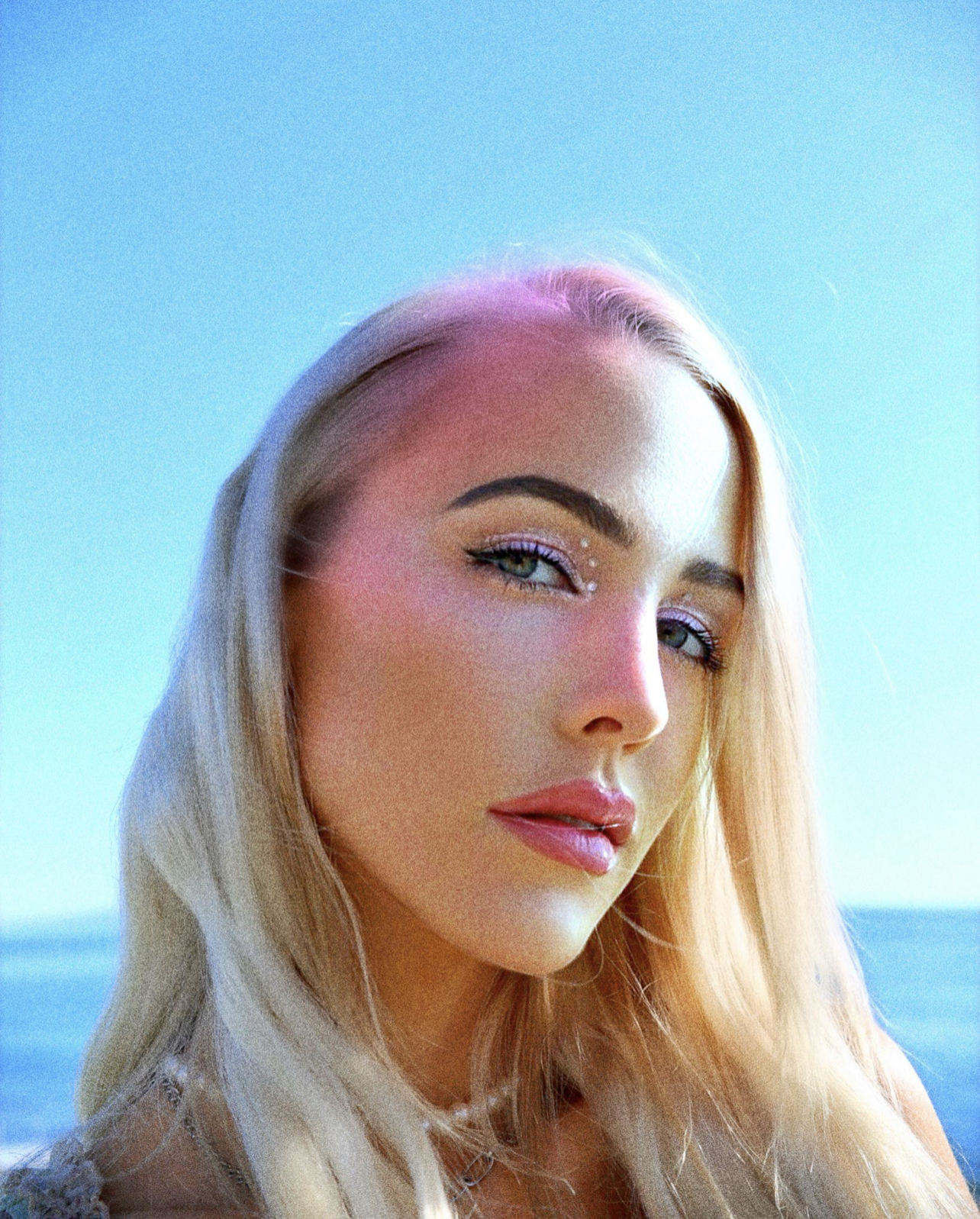 Brenna Tipps may be from Texas, but she has a California soul glowing with community, creativity, and brazen regard for the spice of life. On social media, Brenna promotes a quality of living that gleams indulgence and sun-dripped discovery, but her music, which is alive and thriving on Spotify, croons to the rhythms of the average girl experiencing love and life one step at a time. Tipps released her first single in December of 2021, and with two tracks under her belt and years of experience behind her, she has already proven herself to be a formidable force in LA’s music scene and beyond.​Growing up on North Padre Island in Texas, Tipps showed an early interest in songwriting as soon as she learned how to write, stepping into the studio for the first time when she was 16. Despite her artistic abilities, Tipps’ parents urged her to find structure and reliability in the workforce, as many parents will advise their creative children. After navigating law school in Houston for a period, Tipps ultimately concluded that studying law wasn’t fulfilling her harbored flare for music and songwriting, so she embarked on a new journey and relocated to California about three years ago.

Tipps first single, “Feel Something”, arrived on January 10 of last year, and was coupled with an intimate YouTube video that’s dripping with the same soft luxury we’ve come to associate with other female powerhouses like Ariana Grande. The song explores resistance and longing, the dual complexities of a love that also stands as a necessary burden. Sonically, the track grooves along the borders between shoegaze and melodic pop, placing Tipps at a unique podium against LA’s cinematic backdrop.

​Speaking on the competitiveness of local music, Tipps has stated that she finds LA full of talent and individuals who lift each other up rather than tearing down contenders.

​“We can help each other grow,” Tipps said. “I personally never see other musicians as competition. But, Los Angeles is definitely the scene and the music I relate with.”

​From Texas to California, Tipps has been nurtured by musical landscapes from the get-go, with cities like Austin and Los Angeles spearheading tomorrow’s musicians through community and a rotation of resources. Tipps emulates the west coast, California energy gracefully and with quiet confidence that shines through her music. The writing is honest and familiar, while also coming from a place of originality and singularity.

​“I want to be relatable, and I want to solicit emotions when people hear my music,” she said.

Earlier in February, Tipps unwrapped a second single, “Don’t Trip”, which was produced by Grammy-nominated producer Void Stryker and co-written with Tipps’ friend, Cat Clark. This time, she channeled the rockaway stomp of the beach, touching on inner strength and watching where you step. The new track embodies Tipps’ sound in its current state, and as the artist continues to develop her style, she remains loyal to her trademark flair. “Don’t Trip” skates across a bubbly California sunset, and compared to her first release, this single occupies a celebratory space, friends encouraging friends to do better, love longer, and keep an eye on the prize.

​“I was so excited for this release,” Tipps said. “It’s definitely a girl anthem.”The accompanying artwork for “Don’t Trip” was a last minute tribute to one of Tipps’ newly discovered hobbies. Featuring a heavenly mural, deck sneakers, and a Sailor Moon skateboard, it emanates the playful and feminine energy that Tipps subscribes in charming doses, moving effortlessly between strong and delicate dispositions. Recently, Tipps took up skateboarding, and over the course of a year and some change, she’s carved a space for herself in the skating community and appropriately illustrates the latest track with the same energy she finds on the pavement. With “Don’t Trip”, we’re given a different side of the same coin, in which Tipps is tapping into her inner girl power and releasing herself freely from the shackles of “Feel Something”. To little surprise, Tipps favorite Sailor Moon scout is Venus, the celestial protagonist and stellar captain of love and light. As the cover art suggests, our battles are won if we just learn to cruise, taking one step at a time, and leaving plenty of room for stardust.

With a goal of debuting one new track each month, Tipps is well on her way to supplying a full-length record or a rounded out project by summertime. Both of her releases speak on the same experience, and each single forthcoming will support a larger concept that explores different angles of the same sapphire. In “Feel Something”, we hear detachment and helpless desire, and with “Don’t Trip” we find more creative freedom in taking charge of the self, learning to settle with failed relationships, and remembering that progress begins on the first step.

“There doesn’t have to be anything lonely about being alone,” Tipps said. “The bad stuff makes you appreciate the good stuff, and you become stronger for it.”

Looking ahead, she has her eyes set on signing with a record label and orchestrating a tour, with further development in her music along the way. Tipps approaches songwriting from a professional corner, sustaining a level of maturity that carries the final product into the limelight. Having written her own material for years, Tipps was afforded ample time in constructing her sound and understanding her voice at a self-guided pace, producing music that feels as authentic as it reads on a page. Her sense of relatability is uncommon in today’s world, a strength that is elevated by her colorful presence online and lofty lyrics that sculpt ultra personal videos about sensitive subject matter. She fronts a temperament of steel-plated confidence and her work supports this attitude, showing a young musician on the brink of her professional career. The new year brought us Brenna Tipps, and as we’ve already seen with two powerful singles, her artistry yields a certain curiosity that’s only just begun to enchant us.