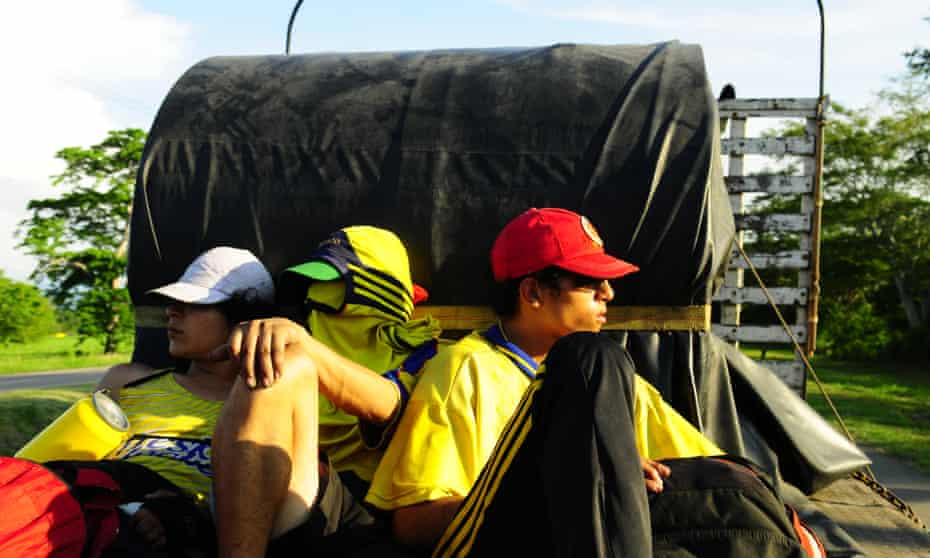 Shot on several handheld cameras, this narrative follows three young fellows – El Loco, Lechero and Carlitos – from north-eastern Colombia as they navigate 1,000 miles of unpleasant street, generally by subtly jumping on to moving trucks, and rummaging food from outsiders en route. It’s a perilous excursion, yet the folks don’t have a lot to lose given the hardscrabble destitution of their regular routines. The reason, aside from the way that it’s simply something worth talking about to do, is to see their football crew Atlético Bucaramanga, AKA the Leopards, play for a shot at advancement to division A following eight difficult years in division B.

So-called “criminals,” it’s reasonable they consider this journey to be a praiseworthy thing to do to the club they love just as something they do for the sake of fallen companions. Before embarking on the key game they visit the burial chamber of one expired friend and blow spliff smoke toward him as a contribution. Once out and about, they meet different allies – a battle almost breaks out on the sliproad until they understand they are individual Leopards fans – and make due on the benevolence of outsiders. Chief Andres Torres doesn’t show that much football-arena savagery, however, it’s implied all through and the end credits honour a portion of the dead.

While it’s hard not to respect the movie producers’ devotion to following their subjects, regardless of whether it implies the camera shakes like a dark-striped cat in a feline transporter as they hop on board trucks and such, the no-nonsense vérité style here is somewhat cold. We don’t get to realize these folks by any means well, and the producers surely don’t address or analyze their pointless way of life. Eventually, it’s somewhat of a trudge, and not that fascinating except if you’re truly into Colombian parkways or the machismo of football fans.