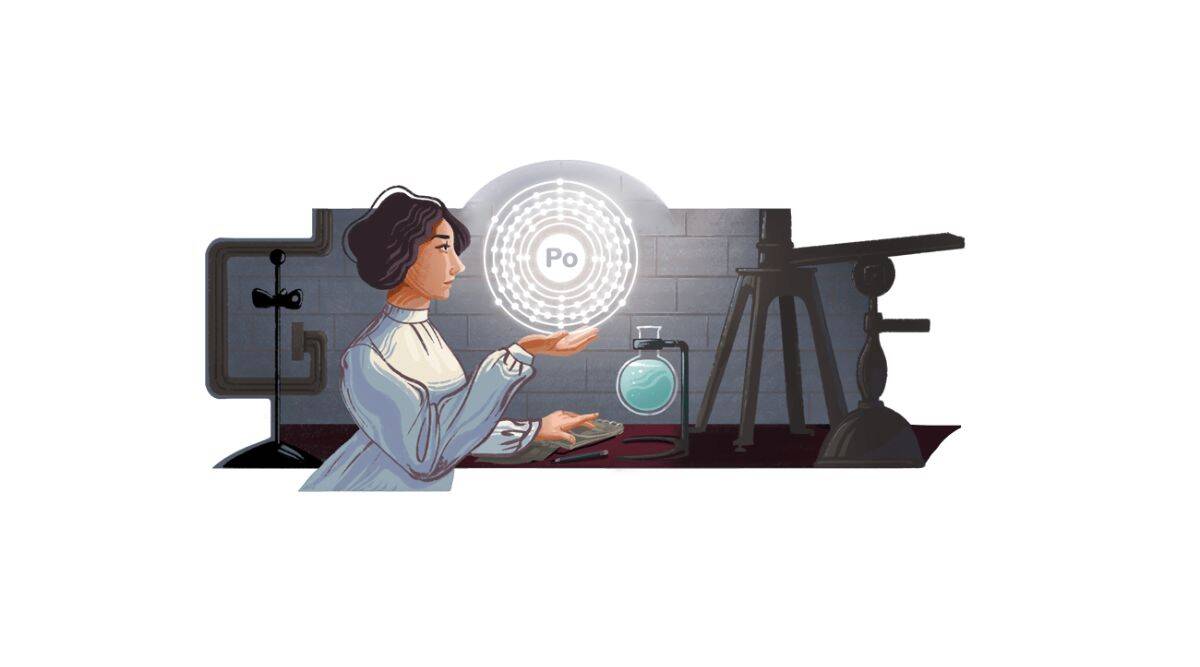 Mărăcinean Stefania Stefania started her work as a teacher at the Central School for Girls in Bucharest after receiving a degree in physical and chemical science in 1910.

Stefania Mărăcineanu, one of the pioneering women in the discovery and study of radioactivity, was honoured by Google on Saturday for her 140th birthday.
Mărăcineanu started her work as a teacher at the Central School for Girls in Bucharest after earning a degree in physical and chemical science in 1910. She received a grant from the Romanian Ministry of Science during this period, and she eventually made the decision to continue graduate study at the Radium Institute in Paris.
Notably, under the leadership of physicist Marie Curie, the institution was at the time developing into a hub for the research of radioactivity on a global scale. The same element that Curie discovered, polonium, is the subject of Maracineanu’s PhD thesis.

Mărăcineanu discovered when studying the half-life of polonium that the half-life seemed to be influenced by the kind of metal it was put on. She wondered whether any of the metal’s atoms had been converted into radioactive isotopes by the polonium’s alpha particles. She discovered what is perhaps the first instance of artificial radioactivity thanks to her studies.

Mărăcineanu was accepted to the Sorbonne University in Paris to earn her PhD in physics. She established Romania’s first laboratory for the study of radioactivity after spending four years working at the Astronomical Observatory in Meudon.

Mărăcineanu spent the most of her time studying artificial rain, and she even travelled to Algeria to test her findings. She also looked into the relationship between earthquakes and precipitation, and she was the first to note that there is a notable rise in radioactivity at the earthquake epicentre. Despite being chosen to serve as the Director of research at the Romanian Academy of Sciences in 1936 in honour of her efforts, Măărăcineanu never garnered international acclaim for the discovery.