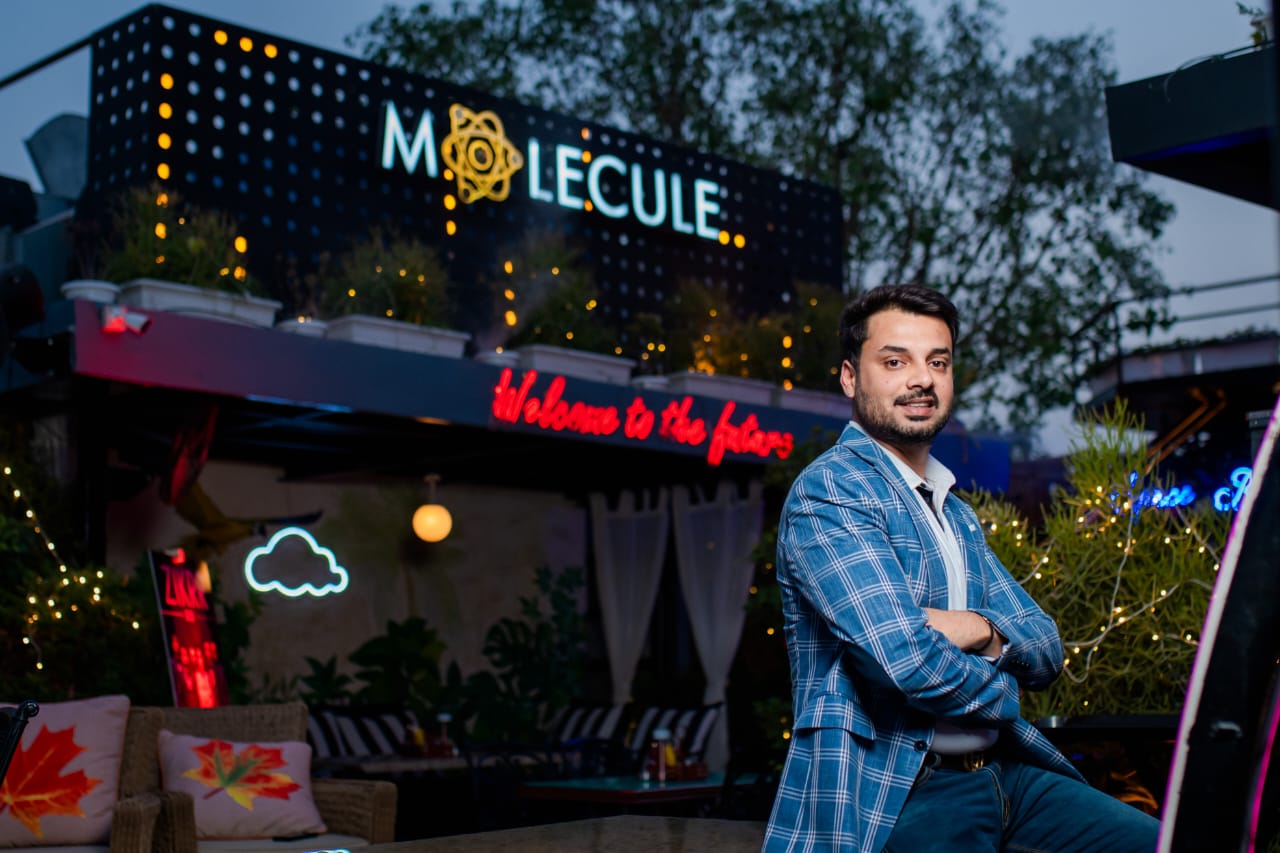 He studied the intricacies of the profession and put forth a lot of effort to understand everything he could about the restaurant business. He has always been very curious about food, so he started doing research and development by going to various locations to taste food and discover new ideas.

In 2018, He opened The Drunken Botanist in Gurgaon, a themed cocktail bar with a primary focus on cocktails and a range of food from around the world. He had previously opened Molecule in Gurgaon in 2016. One of the top cocktail bars in the city, it became extremely popular over time after being an instant smash.

Afterward, Molecule was introduced in a number of cities, including Lucknow, Agra, Varanasi, Jhansi, Bhopal, and currently Noida. Each location has been the most prosperous location in its particular city, and the brand has gained recognition throughout the North of the nation. Cities like Faridabad, North Delhi, Indore, Meerut, Allahabad, and Gwalior will soon see the introduction of Molecule.

In collaboration with the Vietnamese embassy, who greatly assisted in locating raw materials and ingredients from Vietnam, I also developed a genuine Vietnamese food brand named “VietNom” in Gurgaon in 2019. This year, VietNom is also debuting in 5 additional cities, including Mumbai, Goa, Delhi, and Hyderabad.

At the end of 2022, He earned more than 50 awards across all his groups which include Top 5 in Restaurateur of the Year – BigF Award. Awards earned by all his groups so far: Molecule has won Times Food & Nightlife Awards for last 6 years consecutively, Ht City Award, Big F award, and Restaurant India Award.

Everything is going perfectly well, he remarked, and 2023 is all about expansion. By the end of 2023, we will be entering 15 other cities and opening 20 additional locations.

Being involved in the food and beverage industry for the past 7 years, he came to the conclusion that this sector has a very positive future. The food industry is developing constantly, and the future is quite promising.

He added some closing advice for prospective comers, saying to “make your work your passion,” to “be the most hardworking worker in your company,” and to “learn from the lows and celebrate the highs”.
Follow him here to know more about him.