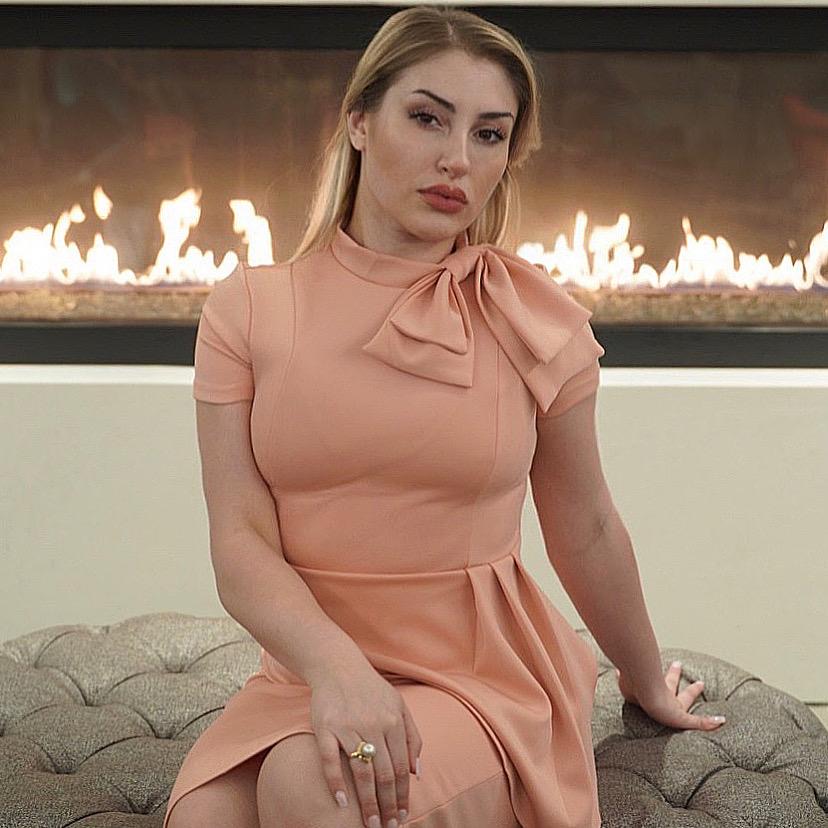 Viola Manuela Ceccarini, is an Italian luxurious and aspirational lifestyle influencer, multimedia personality, and CEO of VMA Media & Consulting Inc. that goes by the nickname “ViVi” and is best known for her ever-expanding social media presence (Instagram  @iamviolavivi) as well as her extensive work experience in Media.

She garnered massive international popularity for her voluptuous and curvaceous physique modeling often coupled with lifestyle photography that includes showcasing her life as a media journalist.

Viola has appeared on numerous occasions on TLC and other major tv networks as a guest and/or a co-host and was featured in a large number of publications. ViVi was able to market herself on social media and build her brand from the ground up. Her discipline, work ethic, and resilience are inspirational to many women (and men) around the world!  Reasons why Viola was ranked one of the most successful young internationally recognized entrepreneurs and media personalities.

She acquired enormous media success and visibility using her social media platforms, building a genuine and honest connection with her community. She is able to understand that the stronger one’s presence is in media, the more trust you can build with your audience leading to a relationship with them that goes beyond her marketing channel. She is undeniably multi-talented, but what truly sets Viola apart from the rest of the “bunch” is her outstanding ability to adapt to changes in the media industry, reinventing herself over and over again, be able to adapt to changes in modern times, and create new opportunities, with the intent of helping and empowering others. Coming from a tumultuous past and a humble beginning, Ms. Ceccarini is completely self-made and has managed to rise to the very top of her field with persistence and consistency. She is now teaching other women how to get ahead in life, how to flourish and level up, achieve success, choose the right partner in life, and generally how to become the best versions of themselves. She has helped thousands of women with her teachings and recently became a leader and instructor in empowering women through teaching self-worth and aspirational lifestyle and that is how VMC Media & Consulting Inc. was born. “I help women get things done! I want to see them succeed in life. What separates me from the rest is that I don’t sugar coat anything, I give it to them in a straightforward (in your face) manner. Sometimes the only way to get through someone and help them change for the better is by including some thought love. I think that is why my audience loves me so much and likely the reason why my channel is growing so fast! The world ain’t fair and people should start making decisions that would benefit them in the long run. I help them by making life-changing choices that bring improvement in finances leading to financial freedom, health, better dating choices, and success in many other aspects of their lives. To help better handle one’s personal struggles and in general, have a better life.”

She recently added a second YouTube channel where she teaches all these to women all over. Her brilliant relationship advice helped a lot of these women. After going through very challenging times, like the one we had encountered last year with the  2020 pandemic, ViVi made it her mission to help other women start living better. “You can have it all, it all comes down to your belief system and how much you think you deserve. I am self -made and I have been at the bottom many times, who better than me to teach women how to get to the next level? I came to the US by myself with nothing, with zero knowledge of English, and worked herself to the top.  Vivi’s followers refer to her as the “Queen of bold” for her honesty and straight-to-the-point personality, which has granted her major collaborations with sponsors in the field of luxurious lifestyle as well as excellence in various types of endeavors. She was also a red carpet interviewer for “Live In Style” magazine during the 2017 Tribeca Film Festival that included an interview with the late Basketball legend, Kobe Bryant. She also interviewed many other celebrities at other events such as New York Fashion Week, Latin Grammys, and other premier events.

She graduated with a BA in public relations from Acme Milano, Italy Accademia di Belle Arti in 2011 and later spent a year studying at Seton Hall University (NJ, USA) in 2014-2015. Vivi has gained more than 60,000 Instagram followers. Originally from Italy, she moved to New York, and traveled all over the USA, promoting herself through various media platforms.