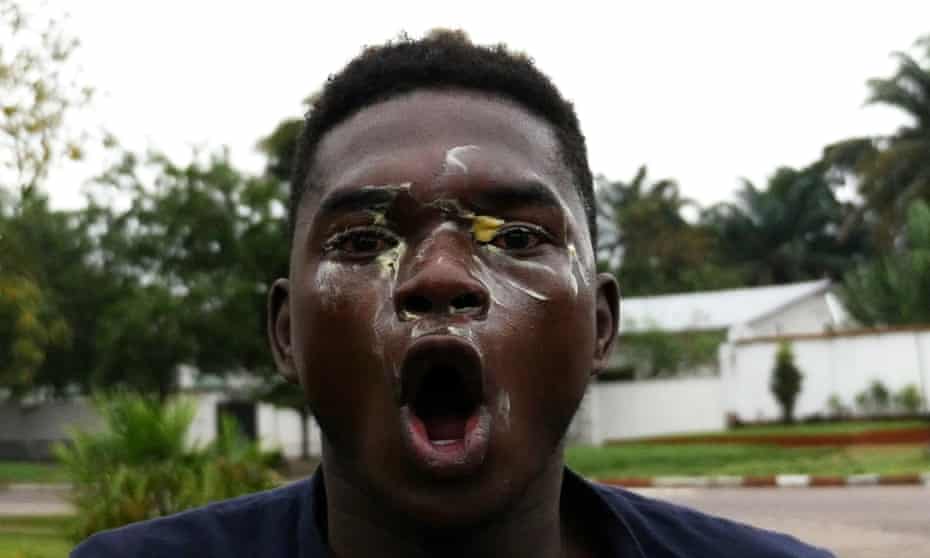 Chronicling what should be the last section of Joseph Kabila’s administration in the Democratic Republic of the Congo, this is an unmistakable and grasping representation of a country in the pains of a significant political emergency. At the focal point of these amazing occasions are Christian, Jean-Marie and Ben, three youthful Congolese men who are energetically battling for a majority rule government, yet in their varying belief systems additionally epitomize the cracks that exist inside the obstruction development against Kabila’s unlawful grip on power.

Jean-Marie, who like Ben was once imprisoned and tormented by the police, has confidence in UDPS, the resistance drove by Étienne Tshisekedi, and trusts them to require a reasonable and lawful political race once Kabila’s term concludes. Conversely, Christian considers the UDPS’ tranquil way to deal with being inadequate contrasted and direct flights, which now and then end in lethal conflicts with the military. A large part of the film catches the crude energy of these showings: stifling poisonous gas; precarious, furious cinematography; the undermining sound of projectiles. The distraught breathing of the cameraman is discernible as he also flees from the police.

Transcending the tumult and philosophical contrasts is movingly aggregating confidence in a majority rule Congo; something expressively communicated through the young fellows’ T-shirt mottos which discuss “One Congo” and “Congo Love”. All things considered, the film might have included additional experiences according to a female point of view; ladies are for the most part seen here as grieving or concerned family members. In any case, this remaining parts a fearless and retaining narrative, featuring another Congolese age that challenges to make their voices heard.