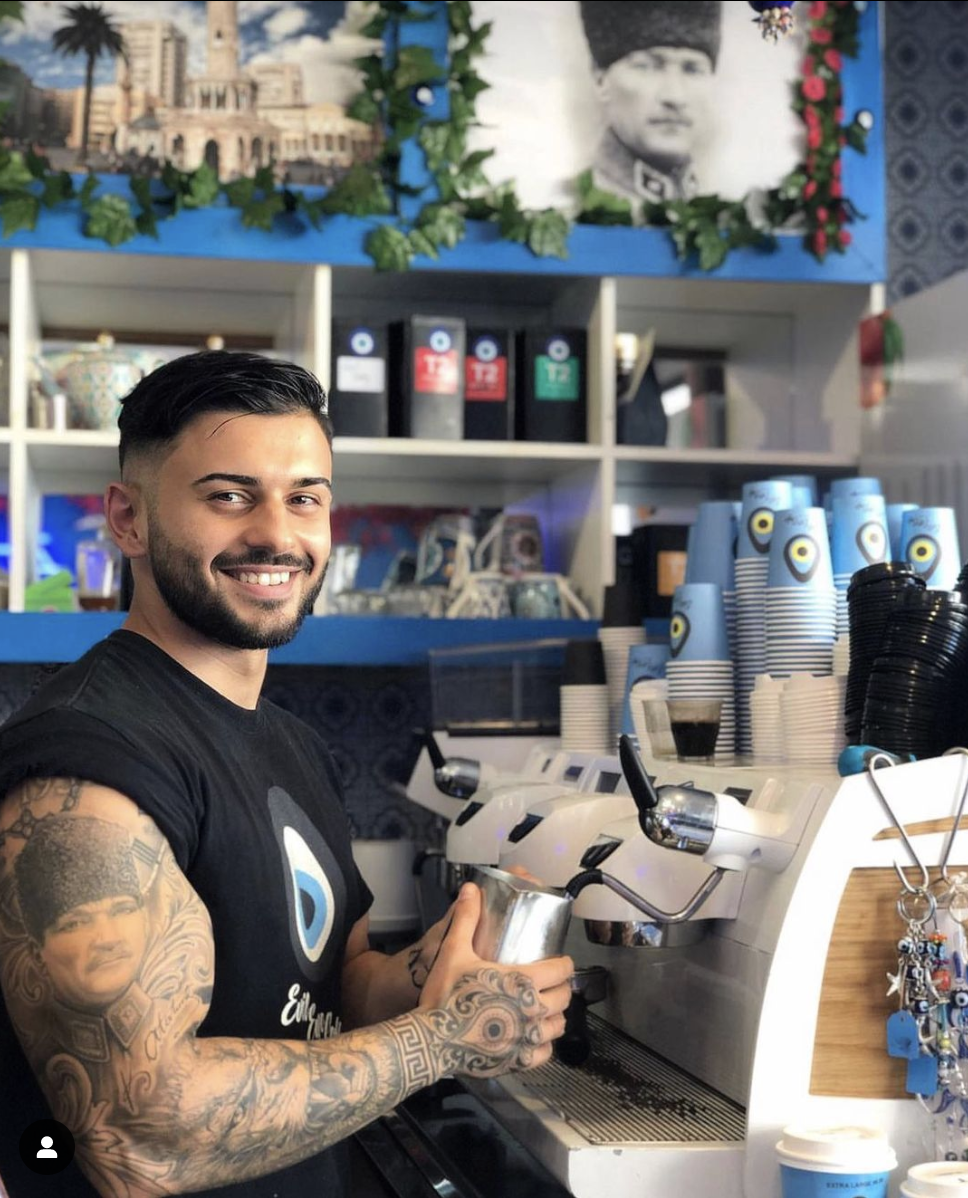 The world of internet has opened up numerous opportunities for people across the world who are now able to showcase themselves or their products or services in front of a global audience. Many have capitalized on the power of this effective medium, Kayahan Curtis Gunes being one of them. This now popular social media figure from Wollongong, New South Wales has grabbed maximum eyeballs and has become a viral sensation owing to his engaging posts on Instagram and TikTok. His posts revolve around the behind the scenes happenings of his life in the cafe he owns.

This ex-cop who turned into a cafe owner initially created posts to promote his business Evil Eye Cafe. Little did he know that his efforts would yield huge returns, turning him into a viral sensation in no time. At present his TikTok boasts of a huge 48k followers, whereas his Instagram has more than 19.4 k followers which are growing by the day. On asked why did he choose the digital medium to showcase his business, he says, “I wanted people to know more about the cafe, how it works and what all goes into making it one of the best in town. At the same time, entertaining people was on the top of my agenda, the reason you see a lot of humorous stuff in between.”

According to Kayahan Gunes, TikTok and Instagram are two of the most widely used platforms, the reason he chose them to showcase his work. One of his most popular videos is the one in which he features as a police officer before and transforms himself into a cafe worker. He says that he gets a lot of appreciation for his work from people who walk into his cafe and that elates him till no end. “Being recognized on the streets is something out of this world, and I feel proud that my work has helped me connect well with a vast number of people,” says Gunes.

Interestingly, his cafe is Australia’s only Evil Eye-themed cafe, which has been nominated as a finalist in the Illawarra Business Awards, and is known for its exquisite decor and menu of Turkish and Mediterranean-inspired delights. Gunes has also opened a second cafe named The Evil Eye Beach Cafe in the Wollongong Harbour and plans to expand his business by opening up franchisees across New South Wales, and ultimately expand into Queensland and Victoria.

News Desk
In this article:Kayahan gunes