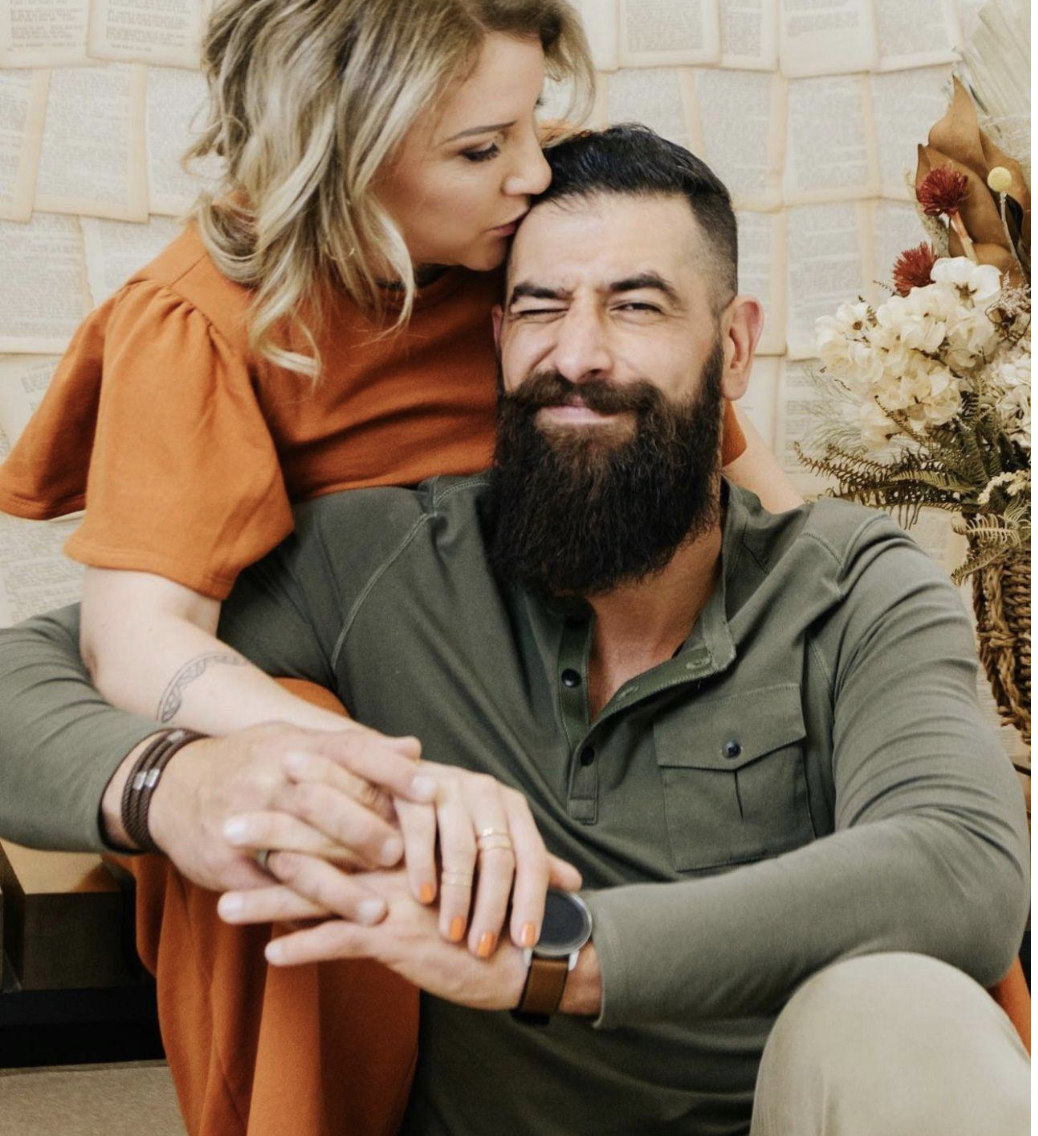 Giulliano Esperança and Ana Cristina Esperança, both from São Paulo, met in 2005 and started dating. Cris had 3 children from a previous relationship: João Bruno (today, 31), Larissa (today, 30) and Carol (today, 28), who were lovingly welcomed by Giu, who, from the beginning, already showed to be much more than a stepfather.

At the time, Giu worked at one of the 3 largest gyms in Rio Claro/SP, but due to a disagreement with his former partners, he ended up leaving without great prospects or resources.

In June 2006, stimulated by Cris, in a small room measuring 36m² – a garage, LITERALLY –, Giulliano decided to take the reins of his professional and financial life, starting his dream of becoming an entrepreneur. Low ceiling and limited space, but the first step of the enterprising couple.

Giulliano worked as a personal trainer and Cris started with functional gastronomy, using her culinary skills to bring students healthy recipes, without giving up flavor and practicality. Despite working together since 2006, in 2007, Cris enters the social contract, officially as a partner.

In mid-2010, Cris started the Nutrition course – by her husband’s free and spontaneous pressure (laughs) – when Gabriel was still a 7-month-old baby (today, 12 years old); finishing in 2015, pregnant with Alicia (today, 8 years old).

The journey brought him the necessary academic background so that he could defend real-life nutrition, which he always believed in.

Thanks to the reputation and the serious work built day after day, in a short time, they achieved a much bigger environment. In January 2013, the Instituto do Bem Estar was inaugurated in Rio Claro; health, fitness, lifestyle and training space; in addition to operating a clinic equipped with state-of-the-art equipment and a team of properly trained health professionals, who carry out the follow-up as well as the evolution of each of the students.

Together, based on academic, scientific studies and with practical validation, they developed a highly differentiated training methodology, accessible to anyone, regardless of age, gender or limitations, which can be performed daily, in just 12 minutes.

This methodology earned Giu the Slimming Professional of the Year award (2016), by the University of São Paulo. Thus was born Storm 12, which went on to be marketed online and changed the lives of tens of thousands of students. Optimized and frequently updated, today, Storm 12 is the only method built to be fail-safe.

Knowing that the biggest problem with training methods is the regularity of the students – compromised by dropping out –, Storm 12 was created using progressive development techniques. The concept is to prioritize gentleness with your body and times of recovery and conditioning in order to prepare you for the increase in intensity.

In this way, the entire body is optimized, including the immune system, joints and hormonal balance; ensuring the gradual evolution of performance and regularity, bringing truly definitive results in health and in the mirror.

Also, knowing that each person is special and different from one another, with their own goals and motivations, and even limitations, the Storm 12 team recently developed a Q&A Quiz, allowing you to identify the biggest enemy of your weight loss and your vitality.

To participate, just enter Giu’s instagram and send the message “I want to discover my enemy” by direct. With the help of automation, anyone can understand, for free, what prevents them from having the body of their dreams and discover the best strategy to eliminate it.

“Working with Giu and Cris is more than thinking about businesses and products, it’s about truly lighting up the world!” Celso Candido, partner at Blazy, the company responsible for Storm 12’s digital strategy.

“The relationship with Giu and Cris started with a business mentorship, but it evolved into a unification of purposes. They don’t do anything that doesn’t have as a priority the transformation of the students’ lives!”. João Rios, partner at Blazy.

In recent years, Giulliano has also become responsible for the health and weight loss framework of the Você Bonita program, in the Gazeta. This role he left for a few months due to other commitments, but has just returned with a new guise. In addition, Giu assumed, for a few years, the role of Technical Director of the Brazilian Society of Personal Trainers – a position he recently left to dedicate himself, among other projects, to his master’s degree at the Botucatu University of Medicine.

He was invited to be responsible for the area of ​​movement and physical training as part of a research proposal against breast cancer; evaluating the impact of its method in the treatment and prevention of the disease, since it is an excellent strengthener of the immune system. The study is expected to be extended to a doctorate.

Thus, the Storm couple transformed a story, which was born from a novel, into a large family that, today, already has two granddaughters: Helena, 3 years old and Elisa, 9 months old; and a business whose purpose is to transform lives and make dreams come true.