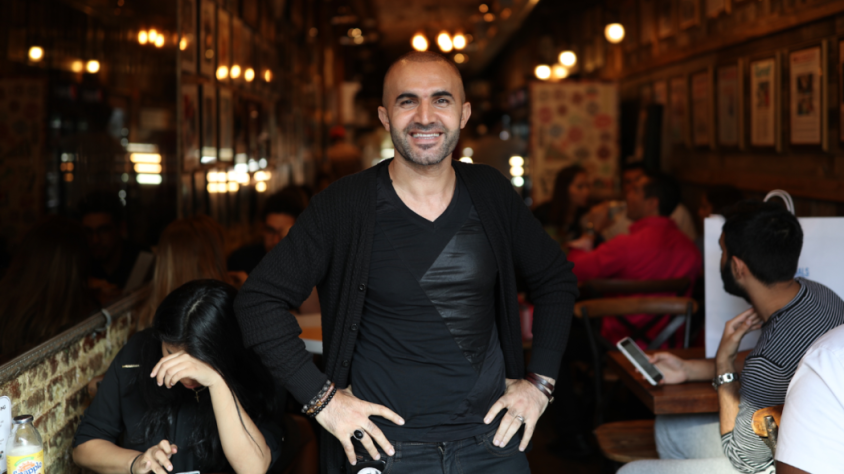 Bad things can happen to good people. What we are genuinely made of is revealed by how we react to hardship. Hakki Akdeniz is proof of this. This is the tale of how a guy who seemed to have lost everything rose from the ashes to become World Pizza Champion.

When Hakki Akdeniz’s buddy betrayed him by stealing four years’ worth of funds, he might have succumbed to hatred and despair. Instead, he secretly chose not to quit up and began saving for another five years before opening his own restaurant.

That eatery led to another, then another, and another. This extraordinary guy is now in charge of a restaurant business that is about much more than pizza and profit. Champion Pizza exemplifies Akdeniz’s beliefs by being highly devoted to community service. Akdeniz immigrated to New York twenty years ago and found himself homeless on the chilly winter streets. He will never forget the encounter. His understanding of the despair and humiliation of that situation has shaped his purpose and altered the lives of many others.

The obstacles he endured formed Akdeniz’s character’s drive and optimism. His entrepreneurial instinct was visible from an early age as he experimented with methods to earn while growing up in a low-income neighbourhood of Turkey. Before travelling to Canada and training at his brother’s pizza shop, he was polishing shoes and selling sandwiches.

He went to New York armed with optimism and a few hundred bucks, but things quickly fell apart without help. Akdeniz was living in a homeless shelter until he got employment as a dishwasher at a pizza restaurant in New Jersey. He couldn’t find the trains back to New York after working nights, so he slept on a bench. Akdeniz feared rejection when he informed his supervisor, but instead got a hug and a place to stay. “I was homeless, yet he welcomed me as a person,” Akdeniz explains.

There is a human divide between those who have a place to live and those who have not. The border between the two states might be as thin as paper. It just takes one decision or one set of circumstances to start the downhill spiral. Perhaps this is why we have preconceptions of homeless people being lazy, addicts, or otherwise ‘evil’ individuals. Perhaps we don’t want to look too carefully because we don’t want to see ourselves reflected back.

Akdeniz has heard hundreds of tales from the homeless population in New York that he assists. He claims that everyone has a narrative and that no one chooses to live on the streets. Champion Pizza has employed a wide spectrum of individuals, from combat veterans to ex-TV producers, but they all have one thing in common: they all want to avoid becoming homeless again. Akdeniz is convinced that these are individuals who want to work; people who want purpose, stability, and connection. He hopes that more company owners will be willing to consider employing them.

Akdeniz’s life was transformed by a pizza competition. The company was suffering when he eventually launched his first restaurant. He abandoned his flat and slept beneath the pizza oven to save money on rent. When the 2010 World Pizza Championship rolled around, he was on the verge of failure. Akdeniz won all four categories and performed breathtaking acrobatics with spinning dough on fire.

This accomplishment rescued his company and helped him to thrive, turning Champion Pizza into a franchise and emphasising the brand’s friendliness and respect. The company has expanded into a frozen pizza line and other culinary products. While growing his company to new heights of financial success, Akdeniz has never lost sight of the importance of helping people and giving back to the community.

It began with a weekly initiative on West 34th Street in which Akdeniz and his restaurant employees distributed warm clothes and hot meals. He had handed out over 200,000 pieces of pizza by 2018, never forgetting what it was like to be unable to purchase one. He has a soft one for the Bowery Mission, having been there when homeless himself. Champion Pizza has also provided assistance to victims of natural disasters such as Hurricanes Sandy and Maria.

Akdeniz, who received the 2019 Beacon Award as well as commendations from the New York City Council, the New York House of Representatives, and the L.E.S. Hispanic Council, among others, maintains perspective on these high-profile honours. Akdeniz’s sincere message to his 17 million Instagram followers is one of compassion and the value of keeping humble. Our contemporary, productivity-driven world may sometimes expect fulfilment without regard for others. Akdeniz is a positive energy who reminds us to be nice for no cause; to give without expecting anything in return; and, most importantly, to be a decent person.

News Desk
In this article:Hakki Akdeniz