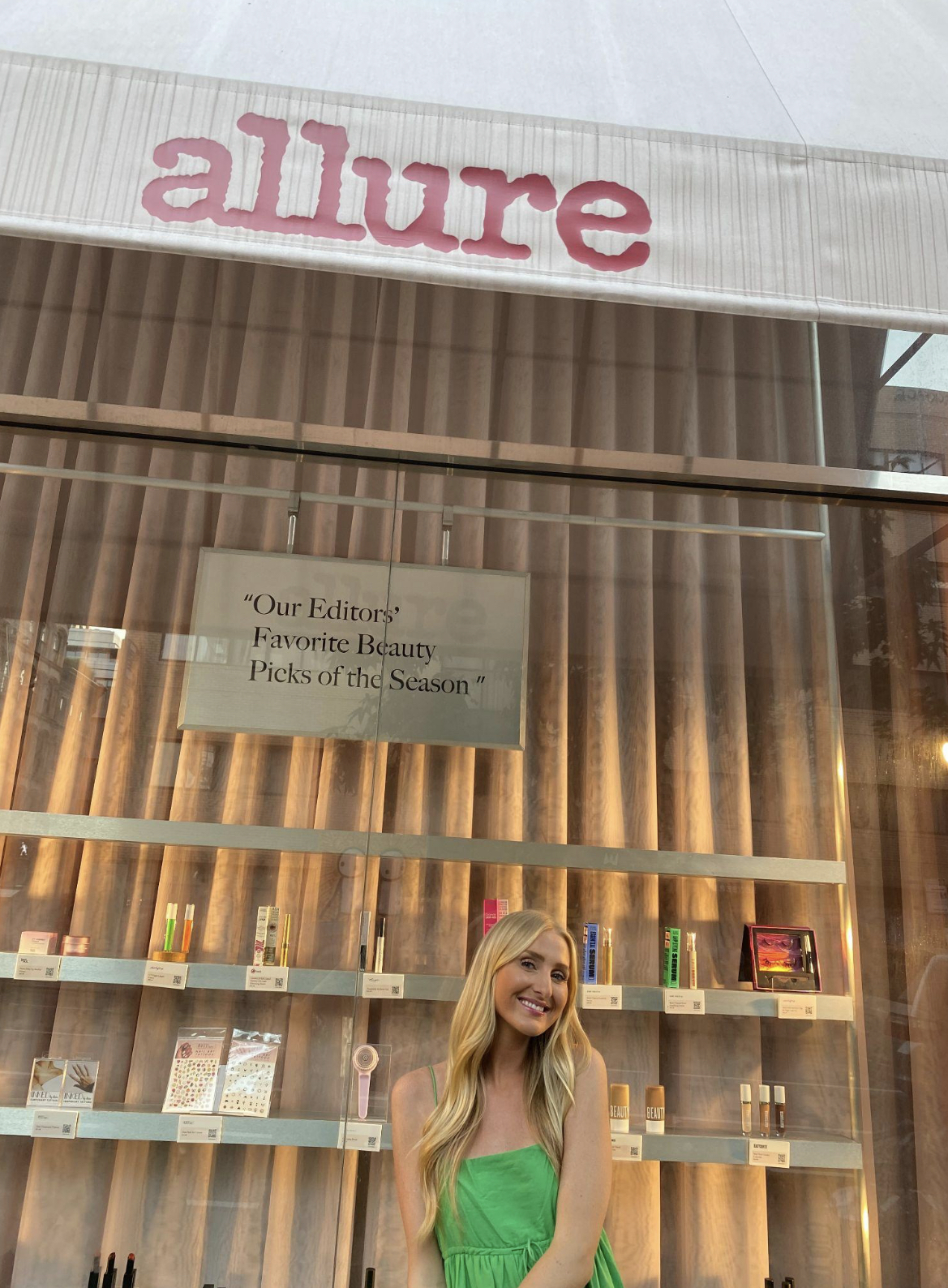 Babe Original is a beauty movement driven by innovation and individuality, inspiring the babe in all of us to be our most authentic selves through clean cosmetics and a kiss of confidence. Officially launched in 2013 as Babe Lash, the company recently received a facelift as their rebrand to Babe Original resulted in a more inclusive palette, providing affordable price points that work with everyone’s financial autonomy. The rebrand took crowd favorites and elevated them to new heights, but those wings were made possible by the company’s dedicated team of creatives, namely Paige Johnson Morris, who has seen the evolution of Babe from the start. The beauty of Babe Original is that their identity is one of grit, determination, and a kaleidoscope of experiences. But someone like Morris, who was largely responsible for the brand’s execution of a refresher, brings another layer of allure to a lifestyle that’s unapologetically true in its development.

​As the Director of Marketing and Ecommerce for Babe Original, Johnson Morris oversees much of what we’ve come to know and love about the brand first hand, researching and delivering products that well overstep their skeletal functions. It’s no secret that Babe’s product line is as diverse and compelling as the beauties who use them, and Morris is largely to thank for this vision. In typical bootstrap fashion, Morris actually joined the Babe Original family as a jill-of-all-trades, running errands and performing odd jobs alongside a team of three other women. During this era, Morris was able to work closely with the products and form a significantly intimate relationship with the early anatomy of Babe Original through routine visits to wholesale accounts, conversations with sales reps to understand how certain products were performing, and creating original content for social media. Morris was inspired by the innovative flare that Babe Original permeated, seemingly effortlessly, at the very beginning.

Growing up, Johnson Morris was a competitive soccer player bound for scholarship at the University of Utah. The playful tenacity and raw confidence that we often see with Babe Original’s energy is heavily influenced by her athletic background, consistently known as the girl who always gave 150% to anything and everything she worked towards. Johnson grew up playing for the Elite Club National League, where she would train nearly every day of the week and exceed her expectations by, roughly, 150%. Regrettably, Morris was handed a traumatic brain injury just one week before the start of her freshman year of college at Utah, and had to quickly reevaluate her strategy and figure out what she would pour 150% into next.

​A few years later, she found an ideal match with Babe Original, which united her love for beauty and the bombastic hustling energy she was all too familiar with in sports. Upon its initial launch, Babe Original was locally known as an elevated cosmetic company that carried eye lash serums, lip plumpers, brow fillers, and other TLC treats for the leading lady. The tech behind the products, especially the lash serum, was a novel idea to Morris and made her excited to work in a cosmetic space that could yield such results. The brand was focused on women who came to conquer, and Johnson was interested in exploring the complexities of the beauty industry in a way that spoke to her endurance as an athlete. Luckily, Babe Original was just the team she had been searching for.

​Thanks to her position as the social media manager, Johnson maintained close communication with the brand’s loyal followers and grew to understand what the people actually wanted. Simply put, Johnson began to collect that their consumers came from all backgrounds and craved a more competitive price point. She realized there was a bit of a disconnect between the branding and its followers, and over the span of three years set out to turn Babe into a new kind of bombshell.

Part of what makes Babe Original so unique in the beauty industry is their standards, which are incredibly high but never out of reach. The company strives to be inclusive across all platforms, not just in casting. At its core, inclusivity comes in many forms including affordability and accessibility. Many cosmetic companies push unrealistic expectations on men and women and curate a lifestyle that speaks to their brand rather than their consumers. With Babe Original, it’s quite the opposite, as Morris has maintained their mission of ensuring that anyone can enjoy their stellar utility. As a performance-based beauty brand, Babe Original prioritizes clean products that serve as a blank canvas. In this context, clean simply means cruelty-free and rooted in transparency, making it easier for all of us to be authentically true to form and brimming with confidence. Additionally, Babe Original is research and results-driven, and the bulk of their decision-making is directly taken from their social media channels where they keep active and open lines of communication with their communities.

​Recently, the company was introduced into over 240 Walmart retail stores nationwide, coexisting with other cosmetic authorities in the new BeautySpaceNK department. Johnson has confirmed that their presence in Walmart has performed exceptionally well, and they have their eyes set on greater retail expansion into tailored markets like Ulta, where Babe Original would surely feel right at home.

​Morris’s growth into her own success story has run parallel with that of Babe Original’s, due in large part to her involvement from the beginning. Morris has seen the brand take a few different forms while still maintaining its distinct quality, and whether she can admit it or not, her determination and dedication to bringing 150% is a major driving force behind the brand’s success today. Babe Original continues to charm any and all who catch a glimpse, and it seems that, in many ways, Morris has found herself in the winner’s circle with a team of leaders who raise up their communities and strike with scissor-kick precision.