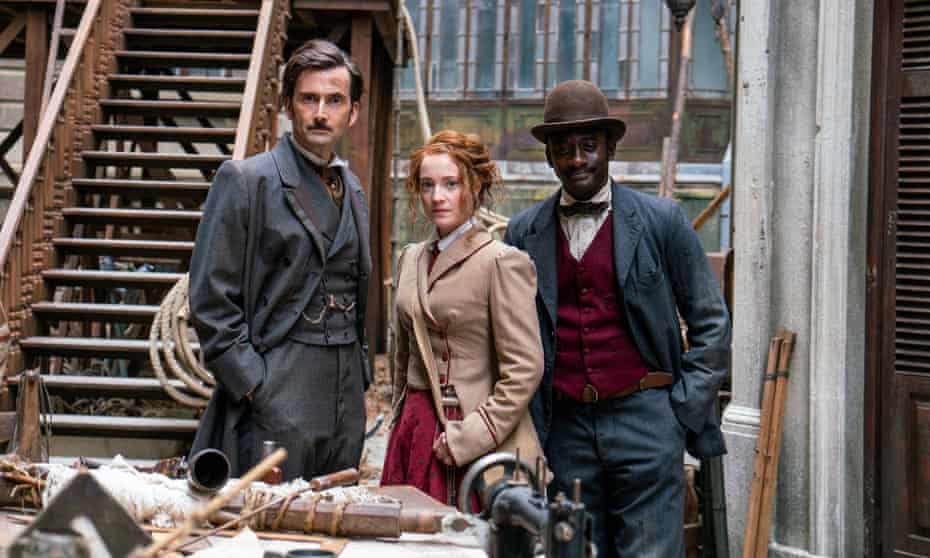 David Tennant as Phileas Fogg, Leonie Benesch as Abigail ‘Fix’ Fortescue, and Ibrahim Koma as Passepartout in Around the World in 80 Days.

There is something about this season that requests a decent, strong variation of an abstract work of art. Right on prompt, here is Around the World in 80 Days (BBC One) for the whole family to appreciate.

Later the beyond two years, the possibility of watching explorers run around all around the planet, spontaneously, appears to be too awful to even consider thinking about. No expensive PCR tests, no danger of a nation winding up on the red rundown without a second to spare, no possibility of wiping out because of conditions outside anybody’s ability to control? Those worldwide circumnavigators didn’t have the foggiest idea of how great they had it in 1872.

That should mean there is more joy in plainly watching the world pass by, regardless of whether a chunk of time must pass to get moving. In the wake of becoming aware of another rail route while feasting at his private individuals’ club, Phileas Fogg (David Tennant, with moustache) acknowledges a bet that he can be the main man to go all over the planet in 80 days. Off he goes, getting together sidekicks as though this is a nineteenth-century Doctor Who and finding himself mixed up with recorded scratches.

Tennant guaranteed a “cavort” from this refreshed variant of Jules Verne’s novel, and it is energetic. This is a large TV in the vein of His Dark Materials (and its flawless opening credits appear to have taken some motivation from that series, just as from Game of Thrones).

Raven Walker
In this article:80 days, Around The World, David Tennant, Review, TV