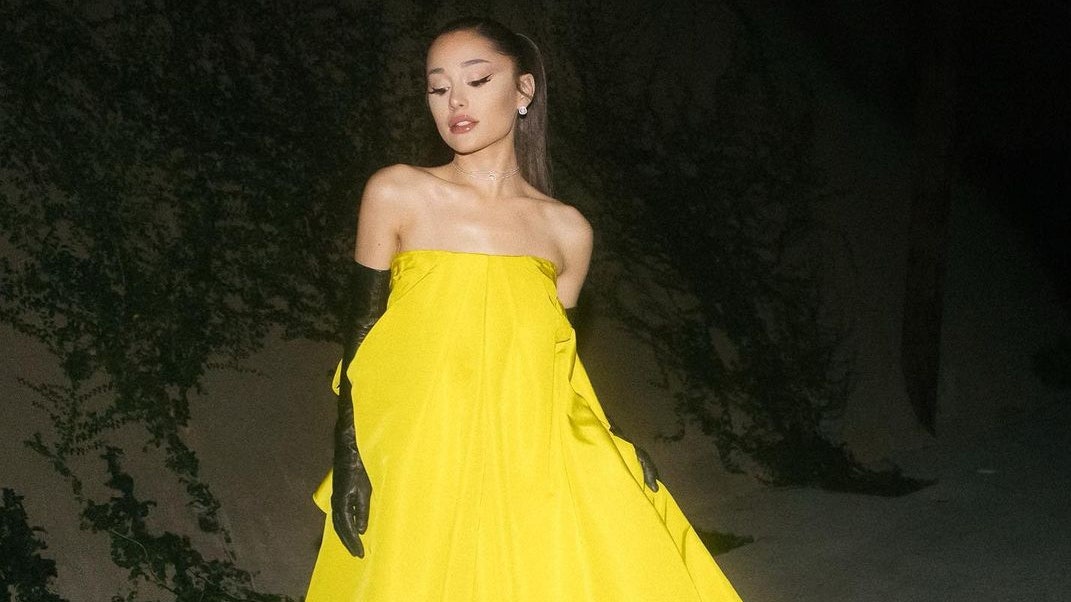 Playing out her most up to date single, “Gaze Upward”, with Kid Cudi on the NBC show, the pop star looked just brilliant in a radiant yellow Valentino dress. The lethargic track highlights on the soundtrack of the Netflix film, Don’t Look Up, featuring Jennifer Lawrence, Leonardo DiCaprio and Meryl Streep.

The songstress matched her swelling dress with dark cowhide show gloves, jewel-studded hoops and her particular swinging braid. The finale denoted the finish of Grande’s first stretch as an adjudicator on the long-running show.

Grande has more than followed through on the outfit front in her experience on the show. Who could fail to remember when she joyfully tossed it back to 2003 in a striking Versace minidress last found in the exemplary romantic comedy, 13 Going On 30? Also, her custom record dims Off-White dress, combined with By Far X Mimi Cuttrell heels, stays one of her most a la mode minutes this year.